Many folks just dipping their toes into the world of watchmaking are quite surprised to hear that diving watches are not the only type that is equipped with bezels.

In fact, all watches have them!

Every timepiece you’ve come across, owned, or will own in the future, comes with some kind of a bezel.

In today’s article, we will look at the different types of watch bezels used in timepieces nowadays. And trust us on this one, there are many!

So, what watch bezel does your watch have, and what is its function? Continue reading to find out!

So, What Is a Watch Bezel?

In the easiest words possible, the bezel of any watch is the ring that wraps the crystal of the timepiece. It’s the watch cover’s rim that frames the glass and secures it to the casing of the watch.

The vast majority of all bezels produced (> 95%) are made of stainless steel since it’s a material known for its versatility, ruggedness, and high scratch-resistant properties. It’s also quite budget-friendly. Sometimes, the more pricey models might use ceramic or titanium bezels, whilst the bargain-basement types are aluminum or plastic.

Style-wise, the bezels can be very simple, ornamented (ie. with diamonds or other stones), or numbered. Many are stationary while others can rotate because of different functions.

We will explain all types and roles they plan further down the article.

What Are Bezel Scales?

Before we move on to explaining all types of watch bezels and the roles they play in wristwatches, it’s essential to understand the importance of scales that are an ever-present element of many bezel types. This will make the process of understanding how to use a watch bezel that much easier.

Depending on the design of the scale, the primary functions of the bezels will differ. You can find a very short summary of the functions of different bezels below.

For more detailed information and images of all watch bezel types, skip to All 10 Bezel Types Explained.

Now, let’s have a look at what each bezel type has to offer. If you’ve been wondering how to read a watch bezel and what are bezels on a watch for, continue below.

The vast majority of watches you come across have the simplest of bezels called the plain bezel. Because it doesn’t move and its only function is to boost the protection of the watch glass, it’s often also called the stationary bezel or the fixed watch bezel. 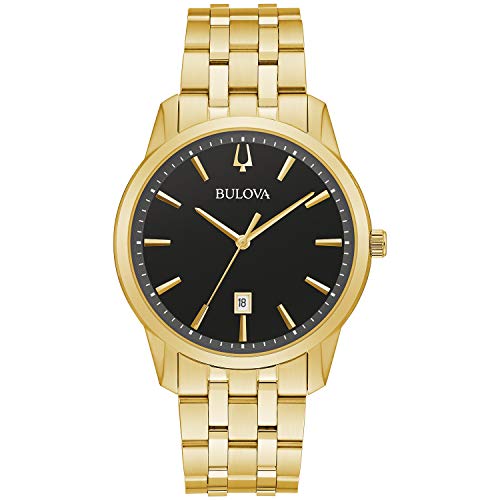 Don’t let the “plain” name fool you, though. Although this bezel type doesn’t possess any spectacular functions, it can be decorated with jewels, engravings, etc.

As already mentioned in the introduction of the article, the dive bezel is probably the most known type. This distinguishable bezel type is one of if not the main feature that separates a dive watch from other timepieces. Nowadays, we differentiate between two types of dive bezels: 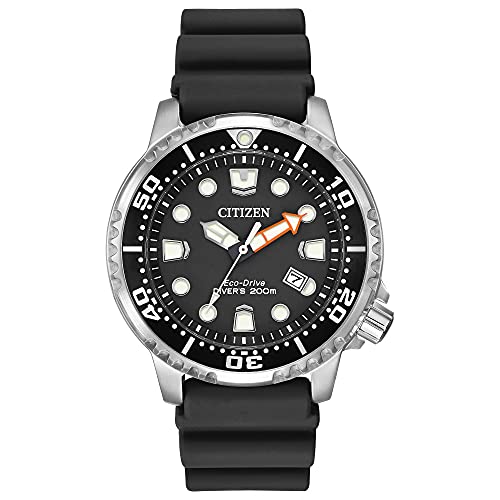 Although differing in the way they operate, both have the same goal: to measure the amount of time a diver has underwater. They are used to calculate the bottom time of a dive which is an important calculation that helps a diver avoid a serious injury or even death.

Apart from being present in diving watches, a Countup bezel is also quite popular in sports models.

A timepiece with a Countup bezel features a scale that runs from 0 to 60 minutes. The bezel’s 12 o’clock position is frequently marked with an arrow and is often illuminated.

This watch can keep track of time for up to an hour. It’s as straightforward to use as it gets. All you have to do is line up the arrow with the minute hand. Now you can observe how much time has gone in an hour.

The function of this sort of bezel is the same as the previous one. Divers use it as a stopwatch. The primary difference is that this watch counts down from 60 to 0 instead of counting up.

This is the more conventional dive bezel type, and it is the approach that is advised for divers to utilize. It’s also commonly used by athletes to time their exercises.

Tachymeter is the most commonly used type of bezel in racing-inspired and motorsports timepieces. 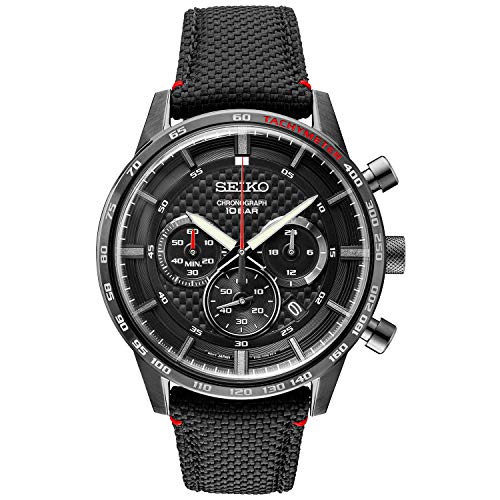 Unlike the dive bezel which is unidirectional, a tachymeter bezel is fixed. The main goal of the tachymeter scale is to help you measure speed (ie. of a car or a motorbike) with consideration to time and distance traveled.

To make correct use of a tachymeter bezel, all you have to do is reset the stopwatch to 0, then start and stop the stopwatch accordingly.

Although resembling a tachymeter bezel in its appearance, it has quite a different function. By some distance (pun intended), it’s also much less commonly used. 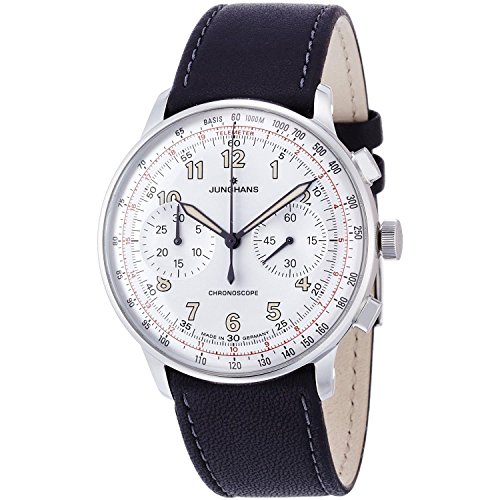 As you can probably guess by now, a telemeter bezel is used to determine distance. It’s not unusual for this bezel type to be used in chronograph watches (watches with the stopwatch function).

The best way to achieve this is to start the chronograph as soon as you observe a lightning strike. Then, when you hear a thunderclap, put your watch down. Now, based on the time, use the telemeter scale to determine how far away it is.

After dive bezels, GMT bezels are probably the most popular (and sought-after).

Also known as Dual Time bezel or World Time bezel, it comes with a primary feature of allowing you to track two (or more) different timezones at once. 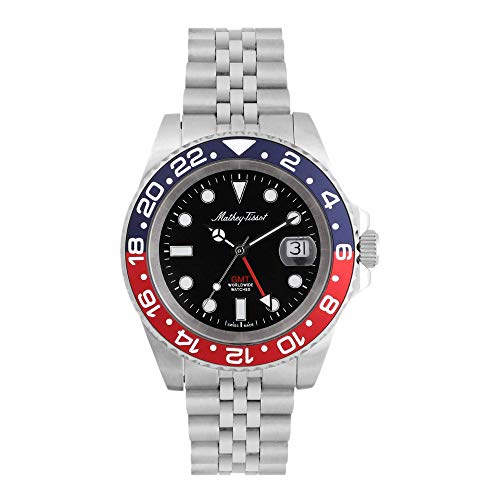 The bezel is equipped with a 24-hour marker and a fourth watch hand that is easily distinguishable from the other three either through color or/and shape. GMT bezels are bidirectional.

You can learn about this type in more detail by reading our GMT watches tutorial. Alternatively, explore the list of affordable GMT watch models.

The Decimal bezel is another form of bezel used to measure or monitor time.

It features a 100-part scale to assist the wearer with decimal time conversion – a function particularly appreciated by engineers and scientists. A chronograph feature is a common inclusion in watches with decimal bezels.

Pulsometer bezels are one of those introduced earliest as their roots date back to the 1920s. However, they are rarely used these days. 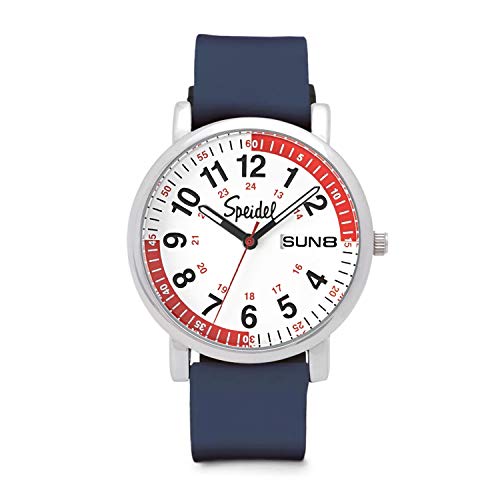 This sort of bezel was created specifically for physicians and nurses to determine the rate of a patient’s heartbeat. Markers on a scale of 40 to 200 are used to identify pulsometer bezels. Although these might seem pretty archaic already, they can still be quite costly. Hence, most folks will opt for any of the available smartwatches and fitness bands – most of which are supplied with the feature.

As you could probably guess, this bezel type comes with a compass function. 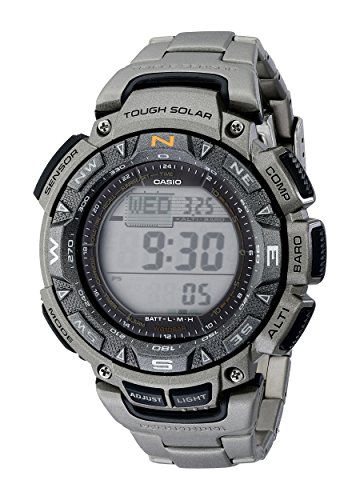 What distinguishes compass bezels from other types is the inscription of letters instead of numbers. This feature alone makes them easy to identify. These bezels are the most popular and loved amongst outdoor enthusiasts, such as hikers, hunters, or mountain bikers.

It’s worth noting that the compass bezel only functions in the sun because it is neither magnetic nor electronic. Additionally, how this bezel type works will be determined by which hemisphere you are in.

This particular bezel, as the name implies, is dedicated to those into yachting (and particularly yacht racing). 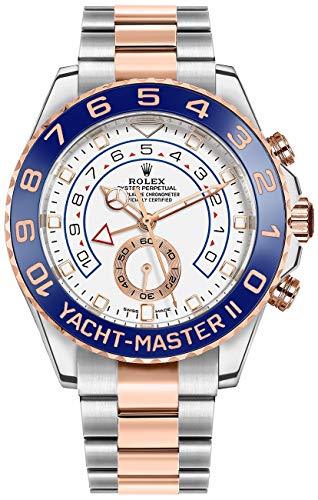 The bezel is also known under the alternative name – Regatta Timer. That’s because all the races that include yachts, sailboats, and rowboats are known as Regatta races.

It’s no secret that a race on the sea is more difficult to begin than one on land. Hence, the countdown for the start of such a race is often timed using the Regatta bezel.

We’ve left the most complicated-to-use bezel for the last. 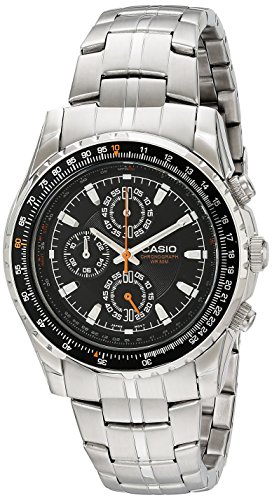 It’s the most difficult to use for a reason: it has many purposes. At first, the slide rule might appear to be a jumble of numbers and lines but it’s a really cool tool for complex complications if you’ve got the right skill.  The inner and other rings of this bezel, as well as their scales, are used to perform these tasks.

As an example, a Slide Rule bezel might be used to compute a percentage. Another practical way of utilizing it is to convert a certain amount of miles to kilometers.

The slide rule can be either fixed or rotating. It’s very popular in pilot watches.

What Are the Rolex Bezel Types?

If you’re contemplating the purchase of a Rolex watch (kudos to you) and would like to learn more about the types of Rolex bezels you can pick from, continue reading.

Below find a quick summary.

Gem-adorned bezels are one of the most popular Rolex Datejust bezel types.

These are usually decorated with the most precious of gems such as sapphires or diamonds. The stones are used to add this extra spark and luxury status to the most popular and sought-after Rolex models.

This is Rolex’s most conventional bezel, which may be found on watches made of stainless steel, gold, or platinum. They are shiny and leveled, and depending on the model, they might be flat or domed.

As you’ve already learned in the previous section, their primary function is to protect the watch crystal.

Originally,  a fluted bezel was the more secure version of the plain type. These were designed with grooves and ridges to further boost the protection of the glass, as well as resistance against water.

These days, the fluted bezel serves only cosmetic purposes, and it is only made of genuine gold, giving these watches an extra touch of elegance.

These bezels feature 60-minute graduations and are used to clock events lasting up to one hour when combined with the minute scale on the dial.

You should be already familiar with this type after reading the previous section of the article. A rotatable timer used in Rolex watches can be a dive bezel or a yacht bezel. These can be either unidirectional (ie. Submariner) or bidirectional (ie. the Yacht-Master).

These are available with watch models that are designed either to track additional timezone (GMT models, ie. GMT-Master) or be used as AM-PM indicators.

One of the more popular Rolex models utilizing this function is Cosmograph Daytona.

From all the different watch bezel types used by Rolex, this is probably the most complex.

The bezel is included in Rolex models with additional functions that are too complex to be operated by the crown or pushers. An example of a model with the Ring Command bezel is the Yacht-Master II in which the bezel is used to run the 10-minute Regatta countdown timer.

The engine-turned bezel was formerly a common choice for people who didn’t want a fluted bezel but wanted something more head-turning than a plain one.

Smaller ridges and broad, smooth lines surrounding the hour markers distinguish it from the plain type. A good example of a Rolex model using this type is the Air-King.

The bark finish is more finely textured and rougher than the engine-turned bezel.

These were most commonly made in yellow gold and were used in elaborate, limited editions of the Day-Date and Datejust.

How To Replace a Watch Bezel?

Watch bezel replacement is possible ie. when you want to upgrade on the bezel material (for example, you’d like to replace a stainless steel bezel with a ceramic one).

Naturally, the process will slightly differ between watch models and the types of bezels used.

The video above makes the task look quite easy. However, if you’ve never done it before on your own, it’s still highly advisable to splash a few bucks at your local watchmaker.